“I couldn’t see any hope in anything at all, it was horrible and I said: God I know you’re there but I really can’t feel it right now – ” 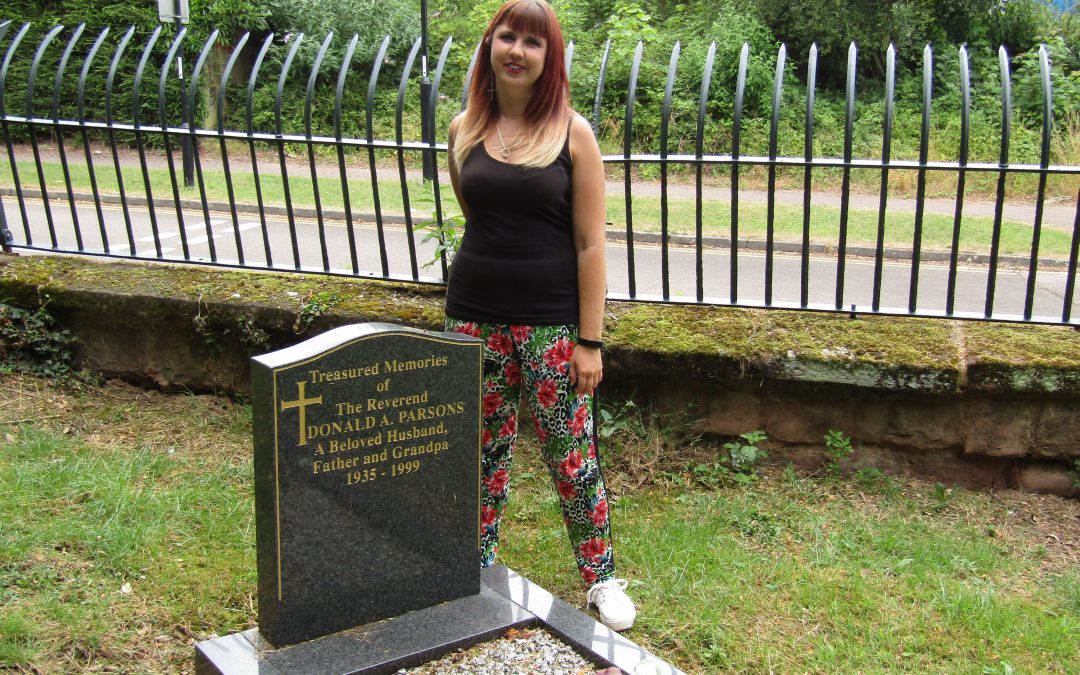 On Thursday 23rd September 2021 BBC Radio 5Live announced Emilie Lauren Jones was Poet Laureate for Coventry – greeted with a round of applause Emilie was asked how her home city influences her work, “I was born here – I never left and I can trace my history through these streets really – I have worked and lived in several areas of the city and it can’t help but seep into my poetry.” Let us trace back to a couple of weeks before, it was Tuesday 27th July when I met Emilie at London Road Cemetery in Cheylesmore – when she took me through this historical part of Coventry telling me a story of Faith, Hope and Love.

We come through the entrance and we face Paxton’s memorial named after Sir Joseph Paxton who built the layout of the cemetery – he is also known for building Crystal Palace in London. I came early so I got to momentarily walk around and I saw a few people taking their dogs for a walk or just passing through, “he wanted it to be somewhere where people felt at peace and relaxed and could walk around in a very natural environment,” says Emilie “despite it being in a city centre.”

Emilie recalls January 2021 when she was commissioned by Historic Coventry to write a series of poems about the Mortuary Chapel and then about different parts of the cemetery – though an amazing opportunity at the time Emilie was struggling mentally, “I’ve spoken about this you know! in other places a lot to do with my poetry is that despite being a extremely happy person I’ve had bouts of depression and I was in one of these really wonderful full on bouts of depression when I got this job.” The day before she had a particularly difficult day and she prayed furiously. “I couldn’t see, any hope in anything at all, it was horrible and I said: God I know you’re there but I really can’t feel it right now you know just, I shouldn’t ask but if I could have a sign that you’re here that would be really helpful because I felt completely hopeless.”

The following day came and as you do she put a smile on her face and continued  – herself and the producer of the project walked around the cemetery pointing out anything of inspiration until we got to the place that myself and Emilie are currently standing at and the producer said, “We thought it would be nice for you to write about a random grave as well as some of the more well-known ones and so we will pick this one on the end here.”

Donald Parsons was the minister of Central Hall in the late 80s and early 90s – in the time of Donald as minister before his departure he was part of the team who designed the front of the church, with the big windows to bring in more light and set up Central Hall’s Wesley’s Coffee Lounge and encouraged the church’s theatre group, City Centre Players. More importantly than this, was who Donald was to Emilie, “[He] was my Godfather, so that was the person that they randomly asked me to write about so that was quite nice and reassuring,” Emilie was baptised and christened at Methodist Central Hall, after this coincidence, out of curiosity Emilie went home and googled Central Hall and came across the Artist in Residency opportunity fast forward to where she is now half way through her workshops and Poet Laureate – she added aware that I came here not knowing what to expect, “that’s why I bought you to London Road because this is the spot where I thought maybe this is what I was meant to be doing right now in life.”

Written in the form of a  haiku

light spreads from the cracks.

flutters to the floor.

To keep up with Emilie visit https://www.emilielaurenjones.co.uk/